GRAND PRAIRIE, TX-A 1031 exchange investor from San Diego is packing his bags for Dallas/Fort Worth after practically meeting the $845,000 ask for the fully leased Raintree Apartments. The all-cash deal closes at a 10% cap rate.

GRAND PRAIRIE, TX-Slapping down a contract and closing the next day, a San Diego, CA multifamily investor is making plans to move to Dallas/Fort Worth after securing his ticket with the all-cash takedown of the 34-unit Raintree Apartments. The fully leased asset has brought slightly less than its $845,000 ask.

The 1031 exchange investor acquired the class C complex at 812 S. Center St. from a private partnership in Irving. “This isn’t going to be his last deal here,” Al Silva with Marcus & Millichap Real Estate Investment Brokerage Co.’s Dallas office tells GlobeSt.com. The inbound owner has more to spend to satisfy the exchange of a sale in his home state, he explains.

Silva says the all-cash deal closed at a 10% cap rate. “He pretty much bought this deal for the cash flow,” he says. “He’s going to improve and raise the rents.”

The renovation plan calls for sub-metering the units in the all-bills paid complex as a means to push the rents, according to Silva, who partnered with Marcus & Millichaps John Barker to sell the asset. The 10 two-bedroom townhouses of 900 sf rent for $650 per month while the 24 one-bedroom units of 570 sf are getting $475 monthly.

Silva says the Raintree listing was on the market three months, attracting a dozen offers. The exchange buyer’s top offer closed one day after the contract was placed, he adds. 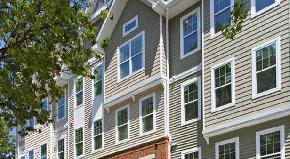