LONG BEACH, CA-Developers Diversified Realty and Coventry Real Estate Partners have sold the 360,000-sf remaining retail portion of the CityPlace mixed-use project to a Los Angeles-based investment group, Shooshani Developers, for approximately $73.8 million. The DDR-Coventry partnership sold the other, approximately 85,000-sf grocery-anchored portion of the center last year for about $16.6 million.Wal-Mart, Nordstrom Rack and Ross Dress for Less anchor the 360,000-sf portion that was sold. Todd Goodman, Preston Fetrow and Kirk Brummer of the Newport Beach office of CB Richard Ellis represented the sellers, while Gwen MacKenzie of the Irvine office of Sperry Van Ness represented the buyer.The CityPlace project was developed in phases between 2002 and 2004 by Developers Diversified, through its Retail Value Investment Program, a joint venture among Developers Diversified, Coventry and Prudential Real Estate Investors. The CityPlace project covers several city blocks in the heart of Downtown Long Beach and occupies the former site of Long Beach Plaza, an enclosed mall that was razed for the redevelopment. The redevelopment also features 341 residential condominium and apartment units, which are not owned by Developers Diversified.The CityPlace redevelopment restored an original city street grid by reopening Fourth and Fifth streets, which were closed to make way for the former Long Beach Plaza. The entire project comprises an eight-square-block area, within walking distance of the Long Beach waterfront that formerly was occupied by the enclosed mall. The residential portion of the project includes Archstone City Place, a 221-unit apartment complex that was developed by a joint venture of Newport Beach-based Buchanan Street Partners and Los Angeles-based PCS Development Inc. The Buchanan-PCS venture sold the complex to Denver’s Archstone-Smith Trust in 2004. 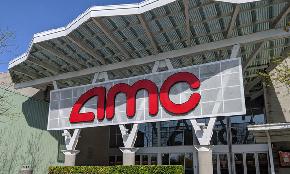