PHILADELPHIA-These represent the first of several locations the fast casual restaurant chain plans for the Philadelphia area as it rolls out a new format. It plans to grow from 95 units across the nation to 485 by 2009.

Gartner, Michael Murray and Craig Sherby of Metro, brokered both leases; the firm is Cosi’s exclusive representative in this region. “We aren’t targeting a specific number of new locations,” Gartner says, “but looking for urban and suburban street locations and centers that meet Cosi’s criteria, which goes beyond easy access and visibility to areas with an affluent demographic and significant daytime population.” He also says the chain sees additional potential in Center City.

Gartner declined to reveal the rental rate of the leases, but says they are market rate. Midyear data from the Philadelphia office of Marcus & Millichap puts the average asking rate at $17.87 per sf and projects an increase to $18.13 per sf by year’s end.

Yorktown Shoppes is a 60,000-sf newly constructed center anchored by Walgreens at 8120 Old York Rd. at the former Yorktown Inn site. It is part of a mixed-use development under way by Jenkintown-based Highland Development. Willow Grove Pointe is a new 320,000-sf community center at Welsh and Blair Mill roads. Lowe’s and Sam’s Club are anchors. The owner is Goodman Properties, also based in Jenkintown.

During a presentation at an ICSC Idea Exchange at the Pennsylvania Convention Center this month Jill-Ann Cooper, Cosi’s director of real estate, said the company plans significant expansion following the new format, unveiled recently as a prototype in Avon, CT. Cooper says the company, which now has 95 units in 17 states, plans to have 485 units by 2009. 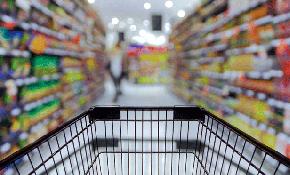