LONDON-Property tycoon Robert Tchenguiz ends an eight-month takeover saga by agreeing to a euro 1.6-billion ($1.95-billion) takeover of the supermarket chain Somerfield. The deal was done only after the bidding consortium secured an extension in the deadline imposed by Stock Exchange Takeover Panel.

LONDON-A consortium led by Robert Tchenguiz has bought the Somerfield supermarket chain after it secured an extension in the bid deadline set by the Stock Exchange.

Somerfield issued a statement early on Friday in which the board said it had agreed to accept an offer that would value the UK’s fifth biggest grocer at nearly euro 1.6 billion ($1.95 billion). This was slightly below the indicative offer made in March.

The statement added the deal was “subject to finalising financing” and there was still “no certainty that an offer will be made.” As the deadline approached, there was no formal offer, and Somerfield applied to the panel for an extension to the 5 p.m. deadline. Under takeover rules of the panel, target companies who have asked for a guillotine can apply for that deadline to be extended if they believe a bid worth waiting for will be made.

The panel postponed its deadline “until further notice”, but the deal was agreed by all parties shortly before midnight on Friday.

Violet Acquisitions, the company set up specifically for the acquisition and which is backed by a management team that includes Somerfield chief executive Steve Back, said the offer represents a premium of around 21.6% to the share price before the offer period. The consortium comprises Tchenguiz, private equity group Apax Partners and Barclays Capital. They had been left as the lone bidder after rival London & Regional dropped out.

The portfolio comprises 500 stores. Somerfield has struggled in the current retail climate so the takeover price is virtually equals the value of the property assets. It is unclear how many stores will be sold. 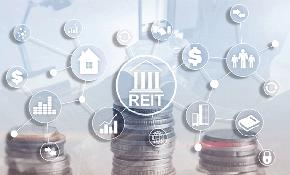