The largest deal was the $33 million sale of three parcels totaling more than 180,000 sf to SCI Real Estate Investments of Los Angeles in January, followed by the sales throughout the year of the other parcels. Rich Walter and Don MacLellan of Faris Lee represented the sellers in all of the transactions.

Walter says that breaking up the center into separate parcels generated approximately 15% more than the original anticipated sale price as a single asset. Built in 1988, the Plaza at Puente Hills is situated on 17.7 acres off the 60 Freeway, across the street from the Puente Hills Mall.

Besides the sale of the center’s Office Depot, Sam Ash and Smart & Final parcels to SCI, the deals included the sales of single-tenant and multitenant parcels ranging from 2,370 sf to 9,467 sf for prices ranging from $2.4 million to $4.8 million. Tenants on the properties included Jack in the Box, Benihana, Frisco’s, Mimi’s Café and Claim Jumper. 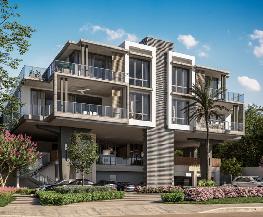