CHICAGO-A 20,366-sf lot at 3148-56 W. Lake St. is being offered to developers willing to build a mixed-use, transit-oriented project next to the Chicago Transit Authority's Green Line station.

CHICAGO-The city’s Department of Planning and Development is offering a 20,366-sf lot at the northeast corner of Lake Street and Kedzie Avenue for sale to a developer able to build a mixed-use, transit-oriented project. The site is north of the Chicago Transit Authority’s Kedzie Avenue station on its elevated Green Line.

Although the city has set a target sales price of $203,500, it also is offering tax increment financing, property tax break and department of housing incentives to a developer willing to build at 3148-56 W. Lake St., four miles west of the Loop. Developers have until Feb. 20 to submit their qualifications, indicating their experience and financial ability to complete a project. They will learn in March whether they have made the department of planning and development’s cut, and a successful bidder is scheduled to be named in May.

The site in East Garfield Park is zoned C1-3, which would allow for a mixed-use building up to 60,000 sf. City officials envision ground-floor retail space with live-work spaces or residential units above. They also are encouraging developers to bring plans for an environmentally friendly, energy-efficient building.

The city acquired the site nearly 10 years ago through a foreclosure sale, according to property records. 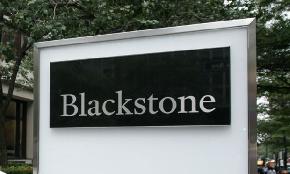