HOUSTON-the start-up firm, Farrar & Ball, will open doors in the coming weeks on 2,368 sf in the Binz Building, a popular landing spot for attorneys due to a CBD positioning near the courthouse.

HOUSTON-A new law firm has signed a five-year lease for 2,368 sf in the CBD, with move-in set to take place in the coming weeks.

Farrar & Ball took down space in the 140,826-sf Binz Building at 1001 Texas Ave. “The space was in slab condition and needed build-out,” Andre Granello with NAI Houston tells GlobeSt.com. “But, the landlord gave them a lot of improvements and invested a great deal to get that space up to speed.”

Building owner RPD Catalyst LLC of Los Angeles, represented by Kevin Nolan with locally based Moody Rambin Interests, is quoting about $15 per sf gross for the office space. According to Granello, the Binz Building is 90% occupied. He says the design is ideal for small firms because of its lease rates and small floor plates.

Granello says Vujasinovic & Beckcom LLP, a law firm he also represents, just renewed a 3,000-sf lease and expanded to 5,600 sf for the long term in the Binz Building. Granello also is representing a new law client that is considering Binz as a possible location.”It’s a testament to the building and its ownership that they’re getting this interest,” Granello says. “It works well for the attorneys and the ownership is really pursuing those types of deals.”

The Binz Building, built in the early 1980s, originally was developed for communications companies. “It was built in the Downtown fiber loop,” Granello says. “Then with the industry having trouble, it lost tenants.” Law firms started filling the building in the late 1990s due to its proximity to the courthouse, he adds.

Americans were preferring quick-service options even before the pandemic hit, and those brands are seeing smaller declines in sales than full service restaurants.

Real Estate is Looking At Shifts in Demand, Design and Use During the Pandemic

Residential locales, hospitality, retail and office space are all dealing with pandemic mandated changes. And change is hard. 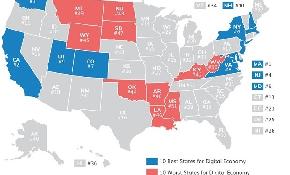