COCKRELL HILL, TX-Margaux Development says it's up to the voters if Plaza del Oro proceeds as planned, with a 15,000-sf liquor store chain as its anchor. If a May 14 referendum fails to end the dry spell, the developer says he'll probably bank the land.

The Carlton Group Closes $153M in Equity for a Philadelphia Multifamily

The firm sourced the joint-venture equity on behalf of its client, for a 346-unit, Opportunity Zone development. 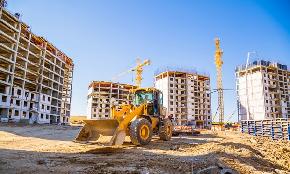 This is What Office Construction Post-COVID Shutdown Looks Like

“Companies that create the best environments to support a hybrid workforce and fluid way of working will have a competitive advantage in recruiting when the war for talent reignites.”

Cold Storage Comes to the Forefront with COVID Shifts

The experience of COVID has changed the outlook for cold storage as an asset class, making it an attractive long-term investment that’s likely to ensure security in the food supply for years to come.