ROCKVILLE, MD-America’s Capital Partners has purchased One, Two and Three Irvington Centre for approximately $190 million. The three office buildings, located at Irvington Centre commercial complex within the mixed-use King Farm community, were sold by King Farm developer the Penrose Group. The three class A structures account for a total of 539,000 sf of office space.

The buildings are located just off the Interstate 270 interchange at Shady Grove Road in Montgomery County. Featuring 154,000 sf, One Irvington Centre is a six-story facility that was developed in 1999. Two Irvington Centre, which was completed five years ago, offers 166,700 sf over its six floors. The four-year-old Three Irvington Centre is a six-story structure, as well, but is by far the largest of the three with 218,000 sf of space. All three buildings feature fitness facilities and conference rooms.

Penrose is presently in the process of developing Four Irvington Centre. Boggs & Partners, which served as the architect for Three Irvington Centre, is at the design helm once again. That project is on target to deliver next year.

With a price tag of approximately $352.50 per sf, the figure was above the average price commanded by class A office properties in Suburban Maryland in 2005. Premier office buildings in the area sold for an average $238 per sf last year, according to the GVA Advantis First Quarter 2006 office market report. The year-to-date figure is $233 per sf. 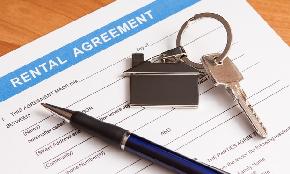 Rent Fintech Company Gets $8M for Its Flexible Payments Platform

More renters are making partial payments, and tech like this could make it easier for property managers to manage unusual arrangements.