NEW HYDE PARK, NY-The company has 41 centers under development in North America and is considering 16 additional projects. During its last financial quarter, the REIT also bought interest in 110 properties.

NEW HYDE PARK, NY-Kimco Realty Trust has a development pipeline of $1.5 billion in North America. The locally based REIT is building centers as well as making acquisitions, buying interests in 110 properties for $1.1 billion during its last financial quarter.

The company’s pipeline is being fueled, in part, by demand from expanding retail chains, says Milton Cooper, Kimco’s chief executive officer. “The demand for space continues,” he said during the company’s first-quarter earnings call. “The aggressive retailers are expanding.”

Kimco has 41 centers under development in the US, Mexico and Canada that are planned to total 15.1 million sf. Management is also considering the construction of 16 additional developments totaling about $1 billion in value.

Most of Kimco’s acquisitions were in the US; however, the company did purchase 30 shopping centers in Canada. The company also entered Puerto Rico during the quarter, buying two centers there.

Among the firm’s US acquisitions was a portfolio of 19 centers on the West Coast for $134 million and the purchase of Copperwood Village, a 350,000-sf center in Houston, for $73.9 million. 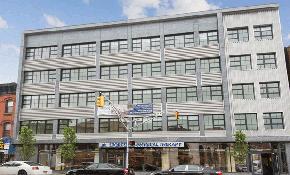 Office Fundamentals Started to Slip in Q2 Despite Long-Term Leases