A Solution for Urban Sprawl

The U.S. population is growing at a rapid pace. In fact, the number of people living in this country will hit 300 million in October, according to a recent ABC News report. This begs the question: Where are we going to put everyone?

Indeed, this population growth poses an imminent challenge to the effective use of land as a fixed resource. Historically, the country has had boundless quantities of land relative to our population density, but time is catching up with us.

Historical development economics dictate that land will be less expensive on the fringe of the core economic centers. So naturally, development spirals outward from the core to provide more cost-effective housing, and the suburb is born. This development in turn requires infrastructure such as roads and schools, which gives rise to commercial demands for retail and office, all of which creates demand for more housing. This cycle accelerates through a community’s growth cycle until the infrastructure demands lean toward the economic tipping point. Community planners often respond by attempting to limit density, exacerbating the ineffective use of land. And there you have it: urban sprawl.

The negative connotation of sprawl in professional planning circles is counter to most people’s desire to live in a suburban environment. We don’t want the ills of a suburban environment, like high taxes, high per-capita infrastructure costs or increasing traffic congestion. But no one has built an American city yet that’s cheaper to live in than the suburbs.

So how can we have our suburbs and keep our open space too? Historically, governments have slowed growth in certain areas by limiting roads and public sewer and water projects. But eventually, market demand and economics require that new roads and utilities be provided as more vacant land gets consumed. But there’s another way that has seen much success since it was first conceived: transferable development-rights programs.

This also negates future requirements to provide infrastructure to those areas preserved. The land from which the development rights will be transferred is termed a sending (sellers) area, while the region to which the development rights are transferred is known as the receiving (buyers) area. Sending-area owners get paid for the transferable development rights, so the receiving-area properties can increase their density and use requirements, preserving the equity interests of property owners in the sending zone and improving the equity investment in the receiving area. There are currently about 140 TDR programs throughout the country, mostly comprising areas of 5,000 to 50,000 acres, with some as large 100,000 acres.

There are three primary reasons to implement a TDR program: 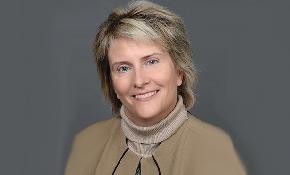 A recent joint letter to Congress spells out further relief measures to shore up the beleaguered rental housing marketplace. The goal, says IREM’s Dawn Carpenter, CPM, “is to keep people in their apartments.” 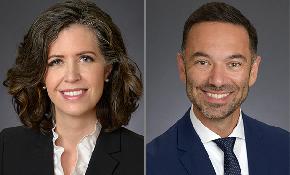 How Long Can COVID Impact the Multifamily Market?

Save money, improve values, and manage risk by making these part of your underwriting.