Grubb & Ellis Expands Board of Directors

CHICAGO-The brokerage firm increases its board from six to seven members with the addition of F. Joseph Moravec, former US General Services Administration commissioner.

CHICAGO-Grubb & Ellis Co. has increased the size of its board of directors from six to seven members with the appointment of former US General Services Administration commissioner, F. Joseph Moravec. He will also be a member of the board’s Audit Committee.

Moravec, who could not speak with GlobeSt.com because of a quiet period in connection with the company’s recent stock offering, has more than 30 years of experience in the commercial real estate industry. Since leaving his position as commissioner in July 2005, Moravec has been a consultant to a number of Washington-based non-profit organizations, including the National Trust for Historic Preservation and the American Institute of Architects.

During his tenure at the GSA, Moravec was responsible for asset management and design, construction, leasing, operations and disposal of a real estate portfolio in excess of 350 million sf in more than 9,000 public and private buildings.

Moravec founded the Washington, DC office of Leggat McCall & Werner, which was acquired by Grubb & Ellis in 1986. Following the acquisition, he remained with the company for five years, the last two of which as president of Grubb & Ellis’ Eastern Division and a member of the company’s five-person Executive Committee. From 1991 to 1994, he was president of Washington, DC-based Barnes, Morris, Pardoe & Foster Inc.

In October of last year, Grubb & Ellis filed an initial public offering with the Securities & Exchange Commission to take its Realty Advisors subsidiary public. The subsidiary, which was formed officially on Sept. 7, 2005, is focused on the acquisition of industrial and office properties in second- and third-tier markets, according to the SEC filing. In February, the company amended its anticipated IPO amount from $150 million to $125 million. 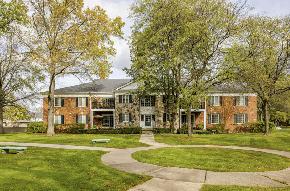