CHICAGO-Despite an earnings loss of 11 cents, General Growth Properties CEO John Bucksbaum says he is optimistic about the firm's pipeline.

CHICAGO-Retail REIT General Growth Properties Inc.’s second quarter brought in an earnings loss of 11 cents per diluted share, compared to a 1 cent gain in the same period last year. FFO also decreased, which posted at $180 million, or 62 cents, versus $207.2 million, or 71 cents, in the second quarter of last year, representing a 12.2% fall.

“I am sorry for our earnings miss, but I am pleased with our higher interest expense,” said CEO John Bucksbaum during a quarterly earnings call Tuesday with investors. “While uneven timing of land sales and continued increases in short-term interest rates caused a year-over-year drop in earnings and funds from operations, our core operating property performance was very strong.”

Despite some of the company’s quarterly losses, Bucksbaum assured investors that there is a silver lining. Most notably, he said he was encouraged by leasing activity led by new concept stores, as well as GGP’s recent union with Coach. “There has been a lot written about slowing occupancy,” he told investors, “but this is one of the most robust leasing markets in our history.”

Calling himself “bullish” on the market, Bucksbaum said he was looking forward to developments and redevelopments in the pipeline. By adding additional real estate components and mix of uses into existing properties, he says the company is hoping to enhance the image of several properties, which is good for long-term viability. “Most communities don’t want to see sprawl; they want to see greater use of existing property.”

He went on to say that much of the company’s redevelopment has been inspired by the acquisition of department stores, with more than 20 under the company’s belt and nine stores currently pending. Additionally, land sale revenues for the quarter were approximately $33 million for consolidated properties and approximately $20.3 million for unconsolidated properties, compared to $114.2 million and $28.7 million, respectively, in 2005.

BofA analysts Ross Nussbaum and Christy McElroy say GGP has significantly underperformed year-to-date, flat with its year-end 2005 level versus a 20% increase in the RMZ index. “While the stock is likely to trade lower Tuesday as investors wrestle with the reduced earnings outlook, we believe the relative underperformance already reflects concerns over the above-average interest rate exposure and the land business,” they say. Following the company’s quarterly announcement, GGP shares fell $1.39, or 3.05%, to $44.19. 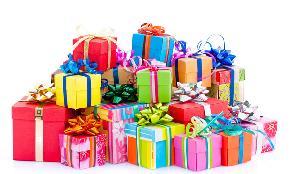