LONDON-Home prices are rising faster in Eastern Europe than elsewhere because of wage inflation, growing prosperity and greater access to mortgage finance.

LONDON-Home prices are rising faster in Eastern Europe than anywhere else in the world, according to UK-based consultancy Knight Frank. But Japan continues to struggle with price deflation of 2.7% and prices are also falling in Hong Kong.

Overall, the index shows global property price inflation running at 8.5% in the first half of the year, below the 12.3% in the same period last year. But inflation is still above the 6.1% inflation rate recorded in March.

“The most notable trend is that price growth is continuing to slow across the globe,” says Liam Bailey, head of residential research at Knight Frank. “Many commentators have been concerned that the boom in prices that has been seen in many countries would end in tears. However, in these markets price growth has begun to slow.”

In spite of this, property prices in Riga, the Latvian capital, surged by 45.3% in the first half, following a rise of 73.5% the year before. Growth is also buoyant in Bulgaria and Estonia.

Bailey says there was a “leveling up” of prices across Europe, particularly in the former Eastern Bloc nations that have joined the European Union. “Wage inflation, growing prosperity and access to less-constrained mortgage finance have all contributed to rapidly rising prices,” he says.

In Bulgaria, speculation and interest from foreign second-home buyers have helped maintain inflation at 20.5%. Knight Frank predicts that Slovenia and Slovakia will be the Eastern European hot spots in the year ahead, while Moscow will rival London as the world’s most expensive city within the next five years. Property prices in Germany, where inflation is 0.5%, are also expected to see sustained growth as the economy continues to recover. 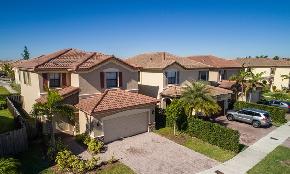