GREGG TWP., PA-Target Corp. has selected a 166-acre parcel in Great Stream Commons for a 1.6-million-sf distribution center. It will break ground next year, and construction is expected to take two years.

The location is within a 670-acre park on US Route 15 near Interstate 80, which includes 444 acres of shovel-ready manufacturing and warehouse land. Stephen Hall, president of Union County Industrial Development Corp., which owns the land, tells GlobeSt.com his organization has been working on obtaining this commitment for the past 20 months, and it was in competition with sites in New York State and New Jersey.

While Hall declined to disclose what the Minneapolis-based retailer paid for the site, he says, “the range for prime industrial land [in the park] with all utilities and infrastructure, is between $60,000 and $100,000 an acre,” and stresses, “that does not necessarily mean that is what Target paid.” Smaller parcels in the commons have been sold, “but this is the big one,” Hall says. The Commons, which is also zoned for up to 187 residential units and 170 acres of open green space is in the early stages of development.

Hall also declined to estimate the construction cost for the distribution center, and calls to Target were not returned by deadline. On condition of anonymity, however, a central Pennsylvania development specialist tells GlobeSt.com that the cost will probably be in the area of $130 million.

The Governor’s Action Team, along with Union County Industrial Development has secured nearly $2.3 million in incentives for the project. Hall says the funding is a combination of grants, “primarily site grants,” and job training funds. The site is a designated Keystone Opportunity Zone, which will provide tax breaks to Target through 2013.

According to a statement from the governor’s office, Target plans to hire 500 new employees at the facility within five years of completion of construction. Target currently has 30 distribution centers in 31 states and approximately 1,444 stores in 47 states. This July it opened a 3.1-million-sf distribution campus in Rialto, CA.

The company has agreed to acquire a 79% interest and an additional 11% economic interest in the mixed-use asset, for a total value of $246 million. 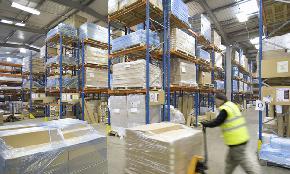