PRINCETON, NJ-Princeton Partners, an integrated brand marketing firm, has leased a total of 17,832 sf at 100 Village Blvd. within Princeton Forrestal Village here. The 55,000-sf class A office building is owned by the Gale Co. of Florham Park. The signing was arranged by Greg Lezynski of the Iselin office of Equis Corp.

According to Lezynski, the signing consisted of combining an expiring 10,000-sf sublease with an additional 7,832 sf of adjoining space. “In conjunction with the expiring sublease, Princeton Partners needed to lease additional space,” he says. “While relocation options were a possibility, they thought it best to stay at the existing location and expand into adjacent space offered by the landlord.”

The new direct lease at the seven-year-old building runs for seven years and includes tenant improvements and a furniture allowance, as well as renewal and expansion options. Further terms were not released; available space at the building had been listed on Gale’s website with an asking price of $24.50 per sf.

Lezynski recently orchestrated a similar, smaller deal in Morristown. In this case, he represented the Hays Group, a national insurance company, in a 3,967-sf, five-year direct lease at Headquarters East Plaza. The tenant had been subleasing a smaller space in the property’s West Tower prior to relocating to the new space in the East Tower. Headquarters Plaza is owned by the New York-based Olnick-Fisher.

Office Assets Are Moonlighting As Medical Office to Sell

With the GlobeSt.com Healthcare conference underway right now, we talk with Jon Boyajian, a principal at Echo Real Estate Capital. 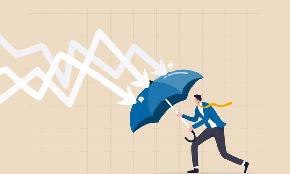 New demand for office space is down 30% since peaking in August 2021.