At a recent CEO roundtable hosted by Bank of America, the heads of three of the biggest apartment REITs expressed optimism that the industry will continue to grow through 2006 and into 2007. David Neithercut, president and CEO of Equity Residential in Chicago, Ric Campo, Houston-based Camden Properties Trust's chairman and chief executive officer, and Tom Toomey, president and CEO of United Dominion Realty Trust Inc. of Richmond, VA, agreed that while they won't likely see double-digit growth in net operating income in some areas, growth in the high single digits should be the norm, at least through next spring.

New York City—At a recent CEO roundtable hosted by Bank of America, the heads of three of the biggest apartment REITs expressed optimism that the industry will continue to grow through 2006 and into 2007. David Neithercut, president and CEO of Equity Residential in Chicago, Ric Campo, Houston-based Camden Properties Trust‘s chairperson and chief executive officer, and Tom Toomey, president and CEO of United Dominion Realty Trust Inc. of Richmond, VA, agreed that while they won’t likely see double-digit growth in net operating income in some areas, growth in the high single digits should be the norm, at least through next spring.

In terms of geography, the executives concurred that the Northern California and Seattle areas are among the best markets in the nation and should remain so over the next year. These markets should generate rent growth of as much as 15%, fueled by strong demand, limited new supply and high single-family home prices. So much so, in fact, that Toomey revealed that UDRT is looking to increase its market share in Seattle–that is, if the right opportunity comes along. While Phoenix is also performing well, with NOI growth expected to be in the mid- to high single digits, the slowing single-family home market remains a concern. According to the executives, the issue there isn’t a potential increase in supply, but rather, that employment could cool since much of the job growth experienced in the area was a result of the booming housing market.

Another strong city is Houston, where the thriving oil industry has boosted the economy, especially in the CBD. However, Las Vegas has slowed significantly and most of the experts anticipate future growth there to be in the mid-single digits.

Campo stated that in the long term, despite concerns about overbuilding and the competition from the single-family market, the high-job-growth commodity markets across the US would perform at a similar level to the supply-constrained markets along the coasts. Toomey, meanwhile, noted that while there may be select opportunities in those commodity markets, firms must act quickly and trade assets when they can. Still, Neithercut maintained that in the long term, communities in the coastal markets would experience much greater capital appreciation than others (incidentally, much of Equity Residential’s portfolio is located on the coasts).

Given these views, BofA concluded that the wide spread between the monthly cost of owning vs. renting in high barrier-to-entry coastal markets will likely give landlords a longer period of pricing power than those markets where housing affordability is not as stretched and the threat of new supply looms.

The executives even discussed the potential sale of Stuyvesant Town and Peter Cooper Village, the 80-acre, 11,200-plus-unit New York City asset that MetLife Inc. recently put on the block. Neithercut revealed that while his firm is currently evaluating the deal, which many expect could fetch as much as $5 billion, he believed that the communities will likely not go to a REIT at least, not one working by itself since the deal has many challenges and it would only have a 3% implied cap rate on 2007 estimated NOI. BoA pointed out two challenges prospective buyers would have to deal with the rate at which the rent-controlled units will turn over and whether local politicians will become involved in an effort to secure votes by trying to preserve the city’s declining inventory of rent-stabilized units.

While the CEOs believe that demand and NOI will grow for rental product, they’re also concerned about the condominium market. Neithercut, whose firm is active in the condo sector, reported that though sales velocity has slowed over the year, traffic remains strong. He expects condo income this year to be in line with the prior year. Sales are especially slowing in the high-end segment, said Toomey, whose company is selling units at a much lower price point and thus, has seen less of a downturn than the popular media has been reporting.

Still, concerned BofA analysts feel that margins are shrinking, a view that was confirmed when the CEOs revealed that although pricing remains relatively the same, concession packages have increased.

On a positive note, condo deals that don’t quite work out are creating acquisition opportunities for other firms, particularly in New York City, Washington, DC and South Florida. Equity Residential, which recently sold its $1.1 billion Lexford portfolio, is currently looking at several potential deals. UDRT and Camden, however, are still on the sidelines.

And don’t expect the merger-and-acquisition trend to be over any time soon. All of the CEOs said that consolidation could help to support current valuations or push the group rate a bit higher in the next few months. BofA believes that there are smaller REITs, such as Rochester-based Home Properties and Mid-America Apartment Communities of Memphis, that could be potential acquisition candidates.

As for larger names, like San Francisco-based BRE Properties and Essex Property Trust Inc., it would be a bit more difficult, especially given California’s Proposition 13, which requires properties to be reassessed upon acquisition. However, several people attending the roundtable stated that a deal would be possible if it took the form of a reverse merger. In this scenario, explains BofA, an out-of-state buyer with a small number of assets in California could reverse merge into either company, allowing its own assets in the state to be marked-to-market, thus avoiding the larger tax hit that would be created by a traditional acquisition of either BRE or Essex.

At a BofA conference held later that week, Palo Alto, CA-based Essex’s chief executive officer, Keith Guericke, revealed that the firm hadn’t received any acquisition offers, and that any potential buyer would see an increase in taxes of $15 million to $18 million if the portfolio is marked-to-market.

BofA analysts continue to market-weight the sector for the next 12 months, given the equal likelihood for upside earnings surprise offset for downside valuation risk. Improving fundamentals should help the multifamily REITs post among the best earnings growth in the REIT space in 2006, but rising interest and cap rates could cause negative valuation trends, the firm contends. 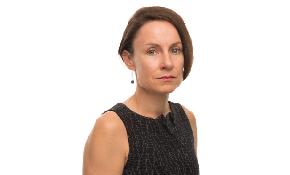