The Marriott Business Park was acquired from Equity Office Properties Trust for approximately $76 million. It fronts Tasman Drive across from the 46-acre, 600,000-sf development Yahoo acquired earlier this year with plans to raze and redevelop.

The seven-building park has a vacancy rate of 30%. With improving fundamentals in the Silicon Valley, DivcoWest expects the vacant space to present a significant value-add opportunity.

DivcoWest says the Business Objects campus and the Marriott Business Park were partially capitalized using a portfolio mortgage structure, which is to say the two properties were combined in order to obtain better financing.

The freestanding R&D facility in Mountain View, located at 400 Logue, was acquired for an as yet undisclosed price. The building was renovated in 2000 and is leased in its entirety to Coupons Inc., a locally based technology firm that will move its headquarters to the building later this year.

The Silicon Valley R&D market is the largest in the Bay Area with more than 154 million sf. Since peaking at 23.50% vacancy three years ago, the overall vacancy rate has fallen fairly steadily to 18.22% as of the end of September, according to NAI/BT Commercial. Vacancy in the valley’s office market fell slightly to 11.69%, despite 506,000 sf of new space coming on the market during the quarter, according to NAI/BT.

Navigating the Tension Between Medicine, Real Estate And the People Who Pay For It All

Discussions among the system and the state, and a battle between a hospital’s operations and finance groups were front and center at the GlobeSt. Healthcare Real Estate conference last week. 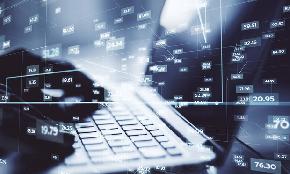