ROSEMONT, IL-Transwestern will manage and lease both Columbia Center II and III; an official says the purchase will allow for maximum efficiency.

Aslan had already purchased the adjacent 149,000-sf Columbia Center II building in 2005 for $14.8 million, assisted by Transwestern Investment Co. LLC, which represented Aslan on the latest purchase as well. Dan Deuter, vice president of acquisitions for Transwestern, says he could not comment on the purchase price of Columbia Center III. “When we bought Center II in September, there was always an interest in growing the investment,” Deuter says.

The Transwestern vice president says by combining the properties, Alsan will enjoy efficiencies in management and leasing. Deuter would not divulge the average lease rate of the building. According to US Equities Realty, the average lease rates for class B property is $7 to $10 per sf, net. 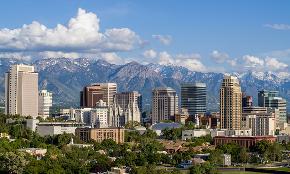