GOODLETTSVILLE, TN-As part of a strategic review of its portfolio, Dollar General's management is closing 400 stores next and will slow expansion.

GOODLETTSVILLE, TN-Dollar General Corp. is closing 400 stores next year as part of a strategic review of its nearly 8,300-store portfolio. Meanwhile, the retailer will temporarily slow down its store expansion plans.

Dollar General will take an estimated $138 million in charges related to its real estate restructuring, $74 million related to store closings and $64 million for the elimination of an inventory-management model. About $80 million of those charges will be reflected in the company’s third-quarter earnings, which are scheduled for a Dec. 12 release.

Meanwhile, the board has hired David L. Bere’ as its new president and chief operating officer. He has been a member of the company’s board since 2002 and most recently served as corporate vice president of Ralcorp Holdings, a St. Louis-based producer of branded foods, such as Ralston Brand and Nutcracker Brands. 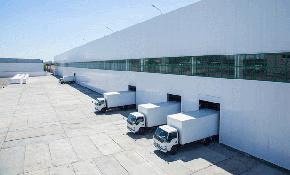