In a letter addressed to Peter Quick, lead director for Reckson’s board of directors, AREP has agreed to pay $49 per share for the company. The company is 90% owned by Icahn.

Less than a month ago, a partnership of investor Carl Icahn and Macklowe Properties submitted a bid to pay $49 in cash for each share. Mack-Cali Realty Corp. became a partner in the bid last week, before pulling out this weekend.

The new Icahn/Macklowe/Mack-Cali bid upset the pending merger of Reckson and SL Green that was agreed to in August. The SL Green bid includes about $44.89 to $31.68 in cash per share as well as $13.21 of SL Green shares for each Reckson one, as well as acquiring $2 billion of Reckson debt. An entity of Reckson management also agreed to purchase non-core assets in the transaction. That group is being headed by Reckson CEO Scott Rechler. SL Green has said it will not match the $49-per-share bid.

The latest bid, offers $1 billion in cash and $3.3 billion in a new class of AREP Preferred Units, according to the letter. Reckson confirmed earlier this morning that it received the proposal and said it would need additional time to review this completely new proposal.

When Icahn/Macklowe first made their bid public, SL Green called into question the actually bid, saying, “We have doubts that it is a credible bid.” SL Green has not yet commented on the newest bid. 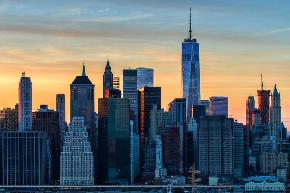 Views of Zillow real estate listings for New York City are up over 76 percent for the same time last year, according to the July 24 dashboard. The increase reflects a general surge in online property views that started in May.