The RiverBend complex, which consists of 50 buildings, was built in 1986 and typically maintains a high occupancy rate, which was about 95% at the time of the recent sale, sources tell GlobeSt.com. The property expands an Archstone-Smith Orange County portfolio that includes complexes throughout the county, adding to Southern California holdings that include Archstone properties throughout the region.

The Denver-based REIT, in its latest quarterly financial filings, named Southern California as one of its top regions, stating that strong operating income growth for the latest quarter “was driven principally by strong NOI growth in the Washington, DC metropolitan area, Southern California and the New York City.” Those three metropolitan areas represent more than 72% of the REIT’s portfolio.

Archstone has not yet formally announced the RiverBend acquisition, which was brokered by Curtis Gardner of Arroyo & Coates. Gardner was unavailable for comment Friday.

The RiverBend deal follows recent Archstone-Smith acquisitions in Northern California, where it has acquired more than 1,200 units this year. Among these was its recent purchase of the 360-unit Bay Landing complex in the East Bay area of San Francisco for $75.6 million. 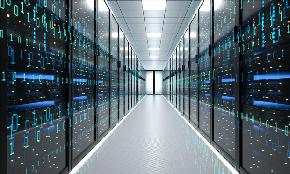 Because of their small size, they are a good option for owners looking to monetize vacancy space.