ALLENTOWN, PA-Federal-Mogul, which is poised to emerge from Chapter 11, sells its building in Iron Run Industrial Park for just north of $6.6 million.

ALLENTOWN, PA-West Conshohocken-based Seagis Property Group LP has added the 151,000-sf former Federal-Mogul warehouse to its industrial portfolio for just north of $6.6 million, or nearly $44 per sf. The building, located on a 15.4-acre parcel at 6736 Tilghman St. in Iron Run Industrial Park, is currently vacant, and the land allows for expansion.

Federal-Mogul, a Southfield, MI-based auto parts supplier, is the seller and former occupant. It is reorganizing under Chapter 11 bankruptcy protection and poised to emerge from bankruptcy in March.

John Begier, a Seagis principal, tells GlobeSt.com the building was completed in the mid-1970s. “It has 16 tailgate docks and rail service,” he says, “and is a good fit for a mid-size user in the Lehigh Valley marketplace, a market we know well.” Jon Gelman, principal of Gelcor Realty, which has offices in Bethlehem and Fort Washington, is handling the leasing. Begier says the asking rent rate is $4.35 per sf, triple net.

Regarding the surplus acreage, he says, “It’s unlikely that we’ll add to the existing building, but it’s our intention to develop an additional building on the site at some point in the future.” Seagis specializes in owning and operating industrial properties “in logistically driven locations along the Eastern seaboard,” according to Begier and Seagis partner Charles Lee. The company’s portfolio contains 54 buildings aggregating 4.1 million sf. 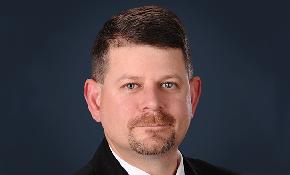