MIAMI-The office asset will rise in the Beacon Lakes Business Park. Construction is expected to begin by the end of the year with completion anticipated in late 2007.

MIAMI-Jacksonville-based Flagler Development Group has entered into a build-to-suit and purchase contract with Commercebank N.A. for the development of a 100,000-sf stand-alone building within the Beacon Lakes Business Park. The building will house Commercebank’s South Florida customer service center.

Construction is expected to begin by the end of the year with completion anticipated in late 2007. Beacon Lakes vice president of development and project director Rafael Romero tells GlobeSt.com that, because of Beacon Lakes’ large size, the company has been pursuing build-to-suit deals. “It’s extremely important to get a build-to-suit deal of this size,” Romero says. “We’ll be pursuing more of these deals in the future.”

Beacon Lakes, a joint venture project between Flagler and San Francisco-based AMB Property Corp., is located at the intersection of the Florida Turnpike, NW 25th Street and State Road 836. It is a 480-acre master planned park that will have more than 6.6 million sf of industrial space when completed. The Commercebank building will be the sixth in the park. In September, developers began construction on Beacon Lakes Building 7, a 192,476-sf warehouse/distribution building on a 9.71-acre site. The building, built on a speculative basis, is expected to be completed in January. There are also three other buildings that are open and operating and a fourth industrial condominium project that is nearing completion, Romero says.

A 35,000-sf lease was recently executed with RMS Services Inc., which brought the occupancy of the three operating buildings to 93%. The leasing agent for the property is Codina Realty Services vice president David Albert. 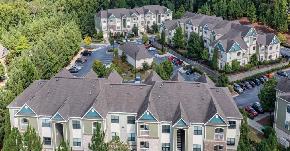