PHILADELPHIA-Penn Health leases 263,000 sf in Centre Square, joining a law firm lease to fill 70% of the space Comcast will exit for its new home.

It is the largest office lease agreement in Center City this year. The aggregate value is undisclosed. The average asking rent rate for office space in the Market West submarket is $25.10 per sf, according to data from the local office of CB Richard Ellis.

UPHS will begin relocating approximately 850 employees to the new quarters when Comcast Corp. exits for Comcast Center, its new headquarters under construction at 1600 JFK Blvd. Newton, MA-based HRPT Properties Trust owns the two-tower, nearly 1.9-million-sf Centre Square property at 1500 Market St. It will complete a $25-million renovation of the building known for its Claes Oldenburg Clothespin sculpture by year-end.

This lease is another example of a migration of office tenants to Center City from University City, where space is scarce and rent rates are rapidly rising. With the UPHS lease and the previously reported Dilworth Paxson law firm lease for 72,000 sf in Centre Square, “roughly 70% of the space Comcast will vacate next year has already been re-leased,” Jarjisian says.

David Campoli, VP of HRPT’s Northeast Central Region, based here, says Penn Health “is an excellent addition to our portfolio of significant tenants. The fact that they will absorb a majority of the soon-to-expire Comcast space is important and will come at the same time we complete the significant building renovation.” Mellon Bank Center is among HRPT’s five Philadelphia-area office properties. 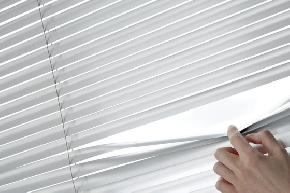