LAS VEGAS-Vacancy in the retail market here came in at 5% during the first quarter, according to a report released by research firm CoStar Group. Shopping centers' vacancy rates were 6.3%; the general retail sector, which includes freestanding buildings, was at 2.9%; and specialty-entertainment properties posted a 1.3% rate.

LAS VEGAS-Vacancy in the retail market here came in at 5% during the first quarter, according to a report released by research firm CoStar Group. Shopping centers’ vacancy rates were 6.3%; the general retail sector, which includes freestanding buildings, was at 2.9%; and specialty-entertainment properties posted a 1.3% rate.

The vacancy rate was the highest in South Las Vegas, at 7.4%, while Southwest Las Vegas followed at 7%. Central North Las Vegas fared the best with a 1.4% gap in the market.

There were 35 retail properties built and completed during the first quarter, totaling just more than 1.1 million sf. Additionally, there is just less than 5.8 million sf of retail under construction in the area.

Among the larger projects under development are the 1.8 million-sf Town Square Las Vegas, by Turnberry Associates and Centra Properties, and the 356,7000-sf Shadow Mountain Marketplace, a NewMarket Advisors-leased center. The 260,000-sf, NewMarket-leased Boulder Crossroads is the largest development to open in the area this year.

Among the largest leases signed were a 29,950-sf space by T.J. Maxx at Montecito Marketplace and 25,010 sf by Temple Gym in Centennial Marketplace. Rental rates overall are projected at $27.04 per sf.

The Las Vegas Metro area has 4,787 retail properties totaling 92.6 million sf. CoStar, based in Bethesda, MD, operates a database of commercial real estate information on 66 US markets, the United Kingdom and France. 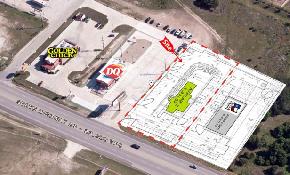 A one-acre parcel located at 13218 State Highway 29 recently sold to EL Jap LLC and the land will be developed into a restaurant in conjunction with the new Texas Pawn and Jewelry store. 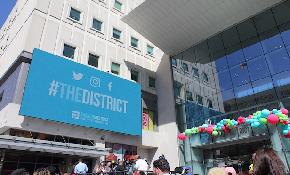 The property, owned by a joint venture between PREIT and Macerich, reports that 20 stores have opened in the first five months of operation