Market Strong Despite Flight to PA

HASBROUCK HEIGHTS, NJ-Industrial experts see many new opportunities and shifting trends in a market that has undergone a number of changes.

“It’s a good time to be in industrial real estate,” concurred Michael McKiernan, national director of industrial brokerage for Cushman & Wakefield, a panelist for the conference’s Town Hall Meeting outlook session. Citing positive absorption and a national industrial vacancy rate of 7.2%, the lowest in six years, he termed it “a significantly positive market.”

McKiernan called the Southern California market “full,” with a vacancy rate of just 2.5%. And with supply chain issues driving the various regional markets, he singled out New Jersey as “being driven by the ports,” adding that manufacturing is largely a non-factor here these days.

Michael Nachamkin, SVP for ProLogis, called business in this region “steady,” with decent if flat leasing activity, although much of that is what he termed “musical chairs.” He expressed concerns about the overall level of economic activity in the New Jersey region, as well as about the state’s political and regulatory climate.

Picking up on that note, Craig Guers, SVP and general manager for Opus East said, “I sometimes get the feeling that New Jersey is anti-business.” That has led, in his view, “to movement across the border to Pennsylvania. The Lehigh Valley has been a beneficiary. There has been a real uptick in Pennsylvania.”

In the larger picture, “It’s not just about the ports,” Guers told attendees at the two-day event. “It’s about where the products end up. We want to be where the stuff ends up.” And Robert Savage, senior partner and president of KTR Capital Partners said that market development trends “are partly tied to where investors want to go. It’s a matter of who’s choosing which location and why.”

Agreeing in part with Guers, specifically relating to costs tied to logistics operations, McKiernan asserted, “the cost of transportation versus the cost of labor is not really a factor. Guers added, “it’s a question of, ‘where are the people’?” And panel moderator Jim Dieter, executive managing director for CB Richard Ellis that such talked-about port locations as Savannah, Charleston and Jacksonville “have ports, but no market.”

Dieter also raised the topic of brownfield redevelopment and tear-down sites, which he termed “the future of industrial development in many places.” Nachamkin agreed that such development and redevelopment “is the future in New Jersey.” Admitting that the development/remediation process can be long and difficult, he said that at the end of the day, when a project is ready to go, “it’s gold.” 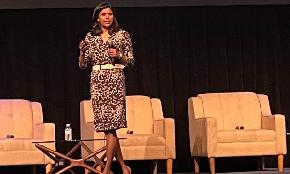