DALLAS-In a simultaneous execution of deals, Bank of America has inked a 360,000-sf class A office lease for the Infomart and added 200,000 sf of class B-plus space at One Main Place in the Downtown to bump that lease to 480,000 sf. Neither lease kicks in before fourth quarter 2008.

The bank plans to set up a centralized operations center in the 1.2-million-sf Infomart at 1950 N. Stemmons Fwy., putting teams now predominately at two other Downtown buildings into the space. According to a bank spokeswoman, the BoA teams occupy 418,000 sf at 1401 Elm St. and 264,000 sf at 1025 Elm St. The one million-sf One Main Place at 1201 Main St. will pick up part of the back-office operations.

“The timing of this was timed to coincide with the expirations of several other lease agreements in Dallas,” the spokeswoman tells GlobeSt.com, adding the One Main Place lease goes into effect January 2010. In addition, BoA becomes the largest tenant in both high-rises. She confirms that the search was confined to the Downtown area.

Kohana credits a three-year renovation at One Main Place as a key driver for the bank’s decision to stay put and expand rather than relocate. BoA has been a One Main Place tenant since 1985. “It is a confirmation of the west side of the Central Business District as a major financial district,” he says in a just-released statement about the high-profile deal. 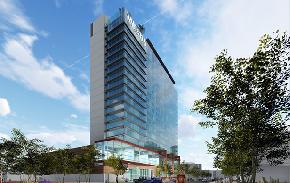