'The reality is that a lot of silly deals were being done.'

HAS YOUR FIRM FELT THE CREDIT PINCH?

Respondents to last week’s poll clustered pretty tightly around the credit question. Some 29% said that while they’ve felt the pinch, the worst is over; 25% said they’ve felt it and the worst is yet to come; 23% said they haven’t felt it a bit; and 22% have been hit “big time.” Commentator Harding, Transwestern’s Houston-based CFO, says he voted in the first category and is frankly surprised that so many claim to not have felt it at all. Here’s how he says his firm was impacted by the crunch, and where he thinks it’ll all lead:

“Transwestern has certainly felt the impact, and it’s been primarily in two areas. First is our investment sales and finance activity. No surprise there. We’ve seen a number of deals that our investment-sales people have been working on across the country that fell out of contract, and we’ve seen buyers walk away from hard earnest money. They just can’t make the deals pencil out with the higher cost of debt or with the additional equity their lenders are requiring them to put up.

“It’s also fair to say that, almost without exception, any deal that involves leverage is taking longer to do today than it did 90 days ago–easily 30 to 60 days longer. It’s taking buyers that long to find debt.

“Additionally, many deals are being retraded, and we’re seeing asset prices fall between 4% and 8%. Buyers are coming back in and saying that, with the higher cost of debt, they need the seller to give them some relief.

“But having said all that, deals are still closing; they’re still getting done. A lot of it depends on the market and the size and quality of the asset. I would argue that the $50-million to $100-million asset is a lot easier to get done than the deal over $100 million.

“The other area where we’ve been impacted is in principal development; we’ve definitely seen it in our development financing. We’re seeing higher cost, spreads increasing over Libor and underwriting getting much tougher, so we have to go to a lot more lenders for various opportunities we’re trying to finance. We’re beginning to see lower loan-to-value ratios, so it’s going to require more equity from us and our equity partners. And, again no surprise, we’re beginning to see cap rates move upward.

“For the next three to four months, it will be slow. But I agree with those in the industry who say this credit pinch is actually a good thing, although it’s temporarily painful. The reality is that a lot of silly deals were being done in the prior loose credit environment, and we’ve simply returned to a more sensible Real-Estate-101 environment.

“The underlying real estate fundamentals across the country, certainly in the markets we’re in, are still very good. Buyers who are low-leverage and who buy more on market fundamentals are going to find opportunities, and frankly they’ve been priced out of the market over the past two or three years. They simply wouldn’t pay a sub-four cap rate. Now they’re going to do really well.

“In all, things will start to look up again, and after five months deals will get done again. But it won’t be anywhere near what it was for the past two or three years, and that’s a good thing. The cost of capital is going to get higher and return to a more historical average.

“As one of our brokers has said, don’t panic. We’ve been to this movie before and we know the ending.” 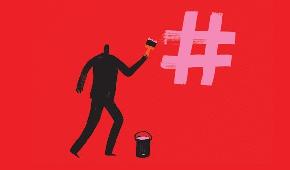