EDEN PRAIRIE, MN-Fingerhut Direct Marketing Inc. has signed a 10-year lease to take the entire 93,146-sf Superior Office Center. The property is a new single-story office building at 6509 Flying Cloud Dr. here, near the intersection of I-69 and I-62.

The company is almost tripling its current space, moving from 35,000 sf about a mile away, citing business expansion and a planned increase in staff. Fingerhut’s lease will begin in June after tenant improvements are completed, says John McCarthy, VP of office leasing with building owner United Properties. He would not give the exact lease amount, but says the average rent for the market is $15 per sf for newly-constructed buildings.

The building was constructed over the former 204,000-sf Physical Electronics corporate headquarters. About 70,000 sf of the building was bought and renovated for Foss Swim School, and the rest was bought by United in 2003 and demolished, McCarthy tells GlobeSt.com. “It was a 1950s corporate building that took up a huge footprint,” he says. “We built the new building speculative based on market conditions. There wasn’t a lot of larger blocks available, yet the area was historically strong for many corporate locations. We got Fingerhut soon after.” The property includes a loading dock and a locker room with showers.

The 16-acre site is in the Golden Triangle business area, a corridor of about a few hundred office and industrial buildings. “The neighborhood is within the Southwest Minneapolis office market, and it’s the largest business park in the region. It’s a high-demand location,” McCarthy says.

Dale Glowa, SVP, led the redevelopment of the site for United Properties. Gerhardt Gliege with the company was the construction manager. BDH & Young is providing interior design for the project. 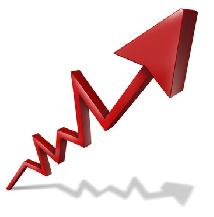 Investors have continued to buy up major industrial portfolios and assets in early 2021.