Get Real and Get Ahead

Filling the emptiness of a power vacuum.

In a period of heightened intellectual activity, I recently read or re-read several books on leadership. I was feeling troubled by many things on the political, environmental, and social scene and I was trying to find an explanation for my sense that we were suffering from a global shortage of leadership. Politicians were out trying to convince and persuade, business ‘leaders’ were rationalizing and justifying, sports heroes were evading and denying, and other notables were simply aloof and disengaged.

What is leadership? What makes for a good leader? There’s a lot of advice in books but that’s all it is — advice. Two people can read a book on leadership, but neither will become a great leader simply by reading the book. There’s something intangible that separates a good leader from someone simply “in charge of things.” So, in an informal poll (read: having lunch with several people), I put the question out there and tried to capture the essence of a true leader. I was glad to see that my colleagues in this industry agreed with me that my sense of a leadership vacuum was not just a figment of my imagination. This is what my colleagues and industry partners told me.

Sincerity – The majority of the feedback I received was that people need their leaders to be believable. Often, the sense is an oft-delivered message becomes so packaged that it sounds like a sales pitch. Politics immediately comes to mind because sound bytes and canned responses ring hollow. In business, it’s the buzzwords. Maybe at one time, it made the leader sound professional and sophisticated. Today, buzzwords seem more like a safety net when the leader doesn’t know the answer.

Authenticity – When I first heard this comment, I thought this meant that larger-than-life leaders were somehow cold and unapproachable and therefore did not come across as sincere. After probing a bit, I realized that my colleagues were talking about a trust issue. Related to, but quite different than sincerity, authenticity means that the words match the actions and the leader’s humanness is reflected in their approach to people. People want leadership that is affected by the problems of the organization and invigorated by the promise of the future. Anything else is cheerleading.

Love – This one really threw me. I had to pry here to get to the underlying meaning. After all, you don’t see a lot of love in the workplace. Well, at least I don’t! What I discovered was that love, for the individuals that mentioned it, actually equaled safety. People gravitate towards leaders with whom they feel safe. If the environment of the workplace is nurturing, safe and collaborative, natural leadership will emerge that reflects the environment. If the workplace is not one of love, the environment will be replete with insincerity and a visible, palpable lack of authenticity.

Frankly, I was surprised by this feedback. I didn’t get what I expected from the Corporate Real Estate professionals and service providers I interviewed. I expected to hear words like drive, ambition, vision, and energy. While these are traits that are considered admirable, without sincerity, authenticity and love, there’s no point being a leader because wherever you’re going, you’ll be going alone.

Vik Bangia is an independent corporate real estate outsourcing expert, management consultant and business strategist. The views expressed in this article are the author’s own.

Colliers used Ten-X and its own proprietary investor database to market the property, resulting in 10 qualified, active bidders and the execution of 135 confidentiality agreements. 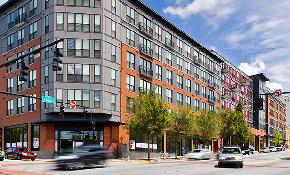 “With this property situated in the heart of the state’s largest college town, space at Georgia Heights will always be in demand."