"More often than not, a company's ability to fill-the-chair of a senior executive is not planned for."

Your article was successfully shared with the contacts you provided.
Succession

On Friday, June 13th, like many other people, I was stunned to learn of the passing of Tim Russert. At the time, I was huffing and puffing, and rushing from here to there, in yet again, another airport. I stopped, and reflected on what an incredible figure Tim was (I had the pleasure to meet him very briefly in January at a ULI Leadership meeting in DC). The story hit particularly close to home, because Tim was 58, and, (ugh) I’m ready to turn 58 in December. My personal reflections were reinforced by the incredible, unbelievable, outpouring for Russert. Okay, but he’s gone, and now what? And how is he going to be replaced? Well, over the weekend, NBC announced that Tom Brokaw will “fill-in” through the end of the year. So what’s the lesson for Executive Watch? Well, more often than not, a company’s ability to fill-the-chair of a senior executive is not planned for. Succession planning must be central to a company’s business plan or, as in an untimely event such as the death of Tim Russert, a “fill-in” may be the only, “interim” solution. Not a positive for the Company, its employees, or shareholders. Before You Buy Distressed Hotel Properties

While these assets may appear attractive to opportunistic investors, the extraordinary circumstances of the coronavirus pandemic demand extraordinary due diligence. 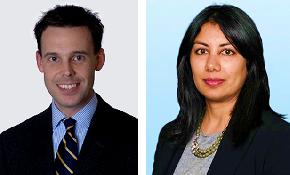 As many businesses prepare for reopening, it is crucial to understand how to adapt to the new retail landscape. It is important to follow the changes in consumer behavior as they could unlock opportunities for commercial real estate organizations.