MARYVILLE, TN-Ruby Tuesday Inc. says it plans to close 40 restaurants early next year, followed by another 30 over the next several years. The casual-dining chain will also incur expenses during its third fiscal quarter in 2009 related to the sale of 35 to 40 surplus properties, along with lease terminations and obligations related to closures.

Pre-tax restructuring charges are expected to include between $30 million and $40 million of non-cash asset impairments to be recognized in the current second fiscal quarter, plus $10 million to $15 million for lease-related costs in the third quarter. Those charges will favorably impact future operating results, Ruby Tuesday stated in a release.

The company also stated that its goodwill was impaired in the second quarter because of what it termed as “poor overall economic conditions, declines in fair value, declining sales at company-owned restaurants and a challenging environment for the restaurant industry.” As a result, a pre-tax, non-cash charge of approximately $19 million will be charged during the current quarter, for which financial results will be reported Jan. 7.

Ruby Tuesday owns and operates 714 restaurants in the US and its territories plus 14 foreign countries, while franchisees operate 171 restaurants domestically and 57 worldwide. The chain recently introduced promotional initiatives aimed at dining affordability as well as environmental sustainability. 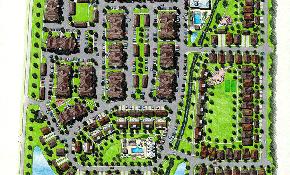 The 406-unit, 40-acre development in Huntsville, AL will break ground later this month.