PORTLAND, OR-Morgan Distributing LLC has acquired 10.77 acres in the northeast corner of the city for a new base of operations, according to CB Richard Ellis, which brokered the deal. The seller was Reno, NV-based DP Partners LLC, which also will design and build the building. The purchase price was $$2.8 million.

Morgan Distributing is a family-owned business formed in 1959. In 2000, the company purchased the Anheuser-Busch distribution rights for Northeast Portland.

Kirk Olsen with DP Partners says Morgan plans to relocate their existing headquarter/distribution facility from Oregon City once the building is complete in the spring. The company employs approximately 90 people.

Kangas says the property is the best site in Portland due to its visibility, its proximity to the freeway, the Port of Portland and Portland International Airport, and its shovel-ready, fully-entitled condition. He also says the deal adds some life to one of the slowest construction seasons the Portland market has ever seen.

“[The year] has been one of the slowest construction years on record, and it is refreshing to see grading equipment moving dirt on a site,” he says. “Outside of the Federal Express development in Troutdale, there is virtually no new industrial construction going on in the Portland metropolitan area right now.” 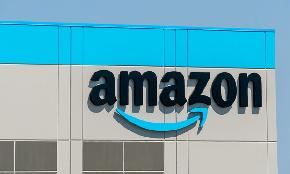 Amazon buys 120 acres in the Inland Empire, including a site approved for a 3.4M SF multistory warehouse.