PARIS-Foncière des Régions reported strong rental income for the first nine months of 2009, a rise of 3.8% like-for-like to a total of €773 million.

PARIS-French REIT/SIIC Foncière des Régions reported strong rental income for the first nine months of 2009, a rise of 3.8% like-for-like against the 2008 period, to a total of €773 million.

The company said this confirms its business model as a real estate partner to large concerns, giving strong revenue visibility, as well as solid fundamentals in occupancy and tenant solvency despite a still-depressed economic climate. Group share revenue came in 2.1% at €488 million, down from the same period 2008 due to disposals. These were partially offset by an increase in shareholding in Italian subsidiary Beni Stabili.

“The good indicators we are getting from asset management confirm the soundness of our overall business model,” says CEO Christophe Kullman. “Foncière des Régions continues to benefit from the quality of its portfolio of offices leased to large commercial groups. We have also decided to restart a measured acquisitions policy to support the group’s characteristics as an income-generating property concern.”

At end-September, FdR exceeded its €500 million fully year disposals’ target by reaching €715 million. Prices were generally in line with appraised values in December and represent an average 6.1% exit yield. The group has also made strong progress on its FdR 2010 Action Plan, set in December.

Although office investors have seemed more active in recent months with tangible signs of a return of foreign institutions and insurers, an increase in transaction size and a return of property financing, rental markets remain lackluster, but without significant oversupply, it said.

FdR is one of the largest French real estate companies, managing €15.8 billion of assets, of which €9.8 billion group share. The office-focused portfolio is characterized by long leases and large tenants such as France Telecom, EDF, Accor, Suez Environnement, Telecom Italia. In its French office portfolio, secured rents rose 7.7% like-for-like in the first nine months thanks to rent indexation, the effect of re-leasing, and high occupancy levels. 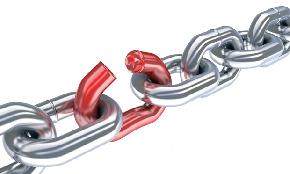