Say on PayOver the past couple of days, there have been lead stories about the negative impact that the Federal government's Pay Czar oversight has had…

Your article was successfully shared with the contacts you provided.
Say on Pay

Over the past couple of days, there have been lead stories about the negative impact that the Federal government’s Pay Czar oversight has had on institutions that received bailout dollars over the past year. Among the most notable are Bank of America and AIG. At AIG, there was a ruckus created yesterday when five high-ranking executives–including the general counsel and the heads of some of AIG’s profitable insurance businesses–announced that they were prepared to quit if their compensation is cut significantly. Not only are they at odds over 2009 compensation, but they are worried that it’ll be worse in 2010 and that they will lose their golden parachute severance payments. On another front, Bank of America is soon to be lucky enough to repay its bailout dollars and get out from under the Pay Czar’s oversight. The bank has found it difficult to recruit executives while under the cloud of the Feds. These stories were not at all surprising. While one might argue that the government has every right to have a say on pay, the reality is that it will negatively impact the performance of the institution, and the repayment of its investment when the best talent leaves or, as in the case of Bank of America, can’t be attracted to work there.

Pay It Forward: How To Align Your Recruitment Strategy To Attract And Retain Gen Z Talent

Gen Z and Real Estate Careers Gen Z comprises individuals born after 1996 and before 2013. Gen Z is young, but the first wave has already passed through… 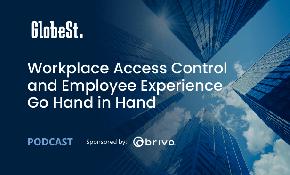 COVID has forced the issue on digital transformation in the workplace. Steve Van Till, Founder and CEO of Brivo, explains how cloud-based security tools help enable that transformation.

What a New Face Means for KeyBank’s Affordable Platform