SCOTTSDALE, AZ-The local REIT will close, or have under contract, $237 million worth of assets by the end of 2009.

SCOTTSDALE, AZ-Healthcare Trust of America Inc.’s most recent agreement involved a 92,500-square-foot, $20.5 million office portfolio in San Angelo and Corsicana, TX and Fort Wayne, IN. The portfolio is just one part of a $237 million buying spree that the local REIT began this fall.

Mark D. Engstrom, executive vice president of acquisitions with Healthcare Trust of America says the majority of acquisitions currently under contract should close within the next couple of weeks. In addition to the Texas and Indiana portfolio, the company has signed agreements to buy the 66,400-square-foot Hampden Place Medical Center in Denver, a portfolio in Sun City, AZ and the Mary Black Medical Office Building in Spartenburg, SC.

Engstrom tells GlobeSt.com that the buying activity for the REIT isn’t unusual; since 2006, the REIT has been steady acquiring assets every quarter. It’s also been raising capital; at the end of Q3 2009, HTA had $300 million in its account, and is determined to make good use of the cash.

“It’s a competitive advantage to close all cash, and it’s more attractive to a seller,” Engstrom explains, saying that sometimes debt is placed on the asset after purchase. For example, he says, HTA is seeking approximately $70 million in debt to place on a Greenville, SC portfolio acquired in September.

Engstrom says the REIT will continue building its portfolio for the foreseeable future for several reasons. One, he explains, is an aging population, which will lead to more demand for health care services. Second, though it won’t happen immediately, is the anticipated numbers of patients swelling as more uninsured people come into the system, via health care reform.

“It’s more a redirection of care,” he comments. “We won’t necessarily see more, but they’ll be treated in a more appropriate setting; medical office buildings or outpatient centers, as opposed to emergency rooms.”

“We think this growth and integration is a trend that’s long-term,” he adds. “It’s good for us as owners of medical office buildings.”

The firm has purchased 1,110 units across the Mountain West region in three separate, off-market transactions. 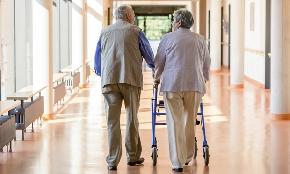 Staffing and a slowdown in lead conversions are affecting the pace of move-ins.