Yes, Virginia, Some RE Firms Are Expanding

SUMMIT, NJ-Despite a largely dismal year for commercial real estate, there were some standout firms who grew their business.

SUMMIT, NJ-While many companies were forced to downsize this year–the Edward J. Bloustein School of Planning and Public Policy at Rutgers University’s C-suite survey showed that 57.4% of respondents were forced to lay off employees due to the recession, with another 38.7% saying that they reduced wages–there were a few notable exceptions, namely those serving niche industries or firms that tapped into the distressed arena.

“We continue to be in a growth mode,” says Nicholas Minoia, managing partner at locally based Diversified Realty Advisors, which handles distressed real estate portfolios for community banks and recently entered into a strategic alliance with accounting and consulting firm J.H. Cohn and hired an in-house corporate counsel.

“There are tremendous growth opportunities from the stress in the marketplace,” Minoia says, pointing to the transactions that arose in the late 1980s and early ’90s, when banks also had a large number of non-performing loans and distressed assets. “We are very fortunate because our relationship with community banks goes back 20 years, [back to] when I was doing workouts during the S&L crisis.”

Minoia currently sits on the board of a community bank, giving the company unique access to these institutions. “If you don’t have long term, close ties with community bankers then you just don’t get a foot in the door. So it’s hard to form an advisory service that deals in this area.”

Honing in on the local bank sector has its upside, though. “Government programs such as TARP and TALF don’t work for community banks because the costs and restrictions are too significant, so we see continued opportunities on the advisory side to provide solutions for banks that are not large enough to have their own asset recovery departments,” Minoia relates, adding that Diversified is also working on between 10 and 12 non-advisory deals that consist of buying up notes or development transactions. The firm uses its own private capital for deals in the several-million-dollar range, but “when we get into deals such as our all-cash purchase of a $21-million note from Capital One–which was discounted to just above $15 million–equity investors write those checks.”

Diversified Realty is now exploring the possibility of opening several branch offices. “We’re doing work for banks in Pennsylvania and Connecticut, so we might open an office in Philadelphia and another around Hartford, CT,” Minoia tells GlobeSt.com.

As for distressed sales–or lack thereof–Minoia says that the bid-ask spread has been too great. “We handle note sales for banks and initially the gap was so great that we’d go out to the market with 15 or 20 groups and get a ton of offers but none of the notes would be sold,” he relates. “The banks would say, for instance, ‘we have a $3-million note and the offers were only as high as $1.5 million, but we’re not taking 50 cents on the dollar so let’s just try to do a workout with the borrower or a forbearance agreement.’”

But Minoia believes the bid-ask spread is starting to close now that banks have figured out how to rework their own balance sheets. “They are becoming more profitable simply by scaling back their operations and trimming overhead,” he says. “They’re now able to take this profitability and use it to set aside specific reserves and write-downs against loans. So we’re seeing more deals get done.”

As for the state of the market, Minoia says the consensus in the banking community is that “only if we see some major problems, like a giant retailer filing for bankruptcy, will the market experience a double dip.”

For the most part, though, Minoia is optimistic about the long-term health of the market. “There will be some significant stress in particular markets where people were overleveraged, had bad designs or were unlucky with a tenant or two, and there will be individual stress in pockets, but overall in New Jersey the market is starting to strengthen,” he says. “And the absorption on the foreclosure side continues to deplete the overhang of inventory.”

Another company that has grown over the past year is Planned Cos., which specializes in concierge, front desk and doorman services under its Planned Lifestyle Services division. The company also undertakes security in the form of mobile and foot patrols for corporate residents and retail under the Planned Security Services moniker, while janitorial and maintenance fall under the Planned Building Services division.

The family-owned, fourth-generation-led firm was founded in 1898 as a window-washing company in Newark and is one of several under the Wentworth Group Inc., which also owns a number of residential management companies and a five-star, white globe concierge company, Abigail Michaels, in New York City.

“These are tough economic times, but we are looking inward to see what we can do better,” says Planned’s president Robert Francis, who tells GlobeSt.com that the business has grown 30% over the past 24 months and created a director of education position as well as a director of recruiting post.

Despite almost no advertising, the company has grown organically, largely through word of mouth. “We are also shoring up our internal structure,” Francis says, which includes talking to potential hires about the company’s culture, history and core value. “It’s been a difference maker in our retention numbers.” 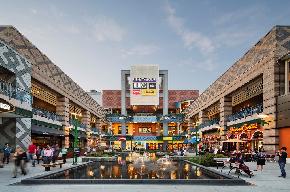