The lease, one of he largest in the Silicon Valley this year, soaks up all the available space in the 197,000-square-foot AMB Acer Distribution Center. AMB’s owns and/or manages about 11 million square feet in the Bay Area. AMB’s average annualized base rent for active leases in the entire San Francisco Bay Area is $6.67, which equates to $0.55 per square foot per month. The current average asking rate for warehouse space in San Jose and Santa Clara markets is in the low-to-mid $0.40s per square foot per month, according to Cornish & Carey Commercial. 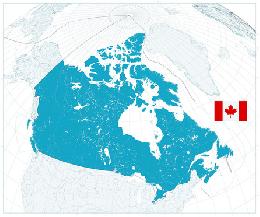 Canada Continues to Lead Foreign Investment in US CRE

$72B poured into the US CRE markets over the last 12 months.