The move is part of an overall strategic realignment of C&W’s capital markets group that creates a New York metropolitan hub, C&W says in a release. The hub offers a fully integrated suite of services including debt and equity finance, investment banking and investment sales, the release states.

“Andy and his team are consistently the best of the best in the tri-state region and nationally for Cushman & Wakefield, and we are very pleased that they will add Manhattan to their existing territory,” says Frank Liantonio, EVP for C&W’s capital markets group, in the release. The company says it expects that bringing the Merin team’s expertise and long-term institutional relationships into its Manhattan operations will be complementary to its entire capital markets group and its clients here and nationwide.

Merin topped C&W’s list of investment sales professionals for 2009, while three other members of his team ranked in the top 10, the company says. He and members of the New York metropolitan area capital markets group will maintain offices in New York and New Jersey.

In other news, C&W on Friday announced that William S. Elder has joined the firm as senior managing director in its strategic agency services group. He’ll be responsible for pursuing new leasing agency business, as well as overseeing existing clients’ marketing and leasing programs.

Elder was previously EVP of leasing for the Ruben Cos., where he was responsible for representing the Ruben family’s 50% interest in the $2.5 billion-plus Resnick Manhattan commercial portfolio. Before that, he was SVP at SL Green Realty Corp., and oversaw Reckson’s New York City division prior to its merger with SL Green.

Earlier this week, C&W promoted A. Mitti Liebersohn from EVP to vice chairman. Liebersohn has been ranked among C&W’s top 10 brokers nationwide for the past two years and among its top 50 for more than a decade. He specializes in corporate portfolio leasing strategies. 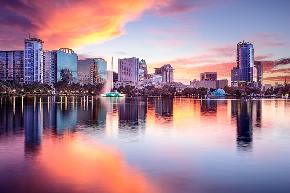