NEW YORK CITY-The rebound of the office leasing market in Manhattan continues apace, with vacancy rates declining and May’s 2.6-million-square-foot tally providing the strongest one-month total for new activity since September 2006, according to Cushman & Wakefield. Yet anecdotal reports of a few landlords increasing their rents aren’t borne out by the numbers, which continue to show monthly declines.

“While there is some talk of select rent increases, average Midtown class A asking rents fell 22 cents per square foot to $64.18 from April,” says a report from Bank of America Merrill Lynch. “Rents are now down 35% from the May 2008 peak.” Cassidy Turley makes a similar observation in its report for May, noting that class A rents across Manhattan dipped 59 cents from April to $58.72 per square foot, with overall pricing also recording a slight drop to $48.42 per square foot from April’s average of $48.82 per foot. 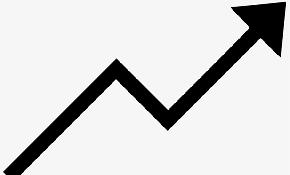 CoreLogic called the hikes the fastest increases in the history of the index.