SAN FRANCISCO-Construction and cosmetic improvement work will be timetabled to avoid any disruption to the facility.

SAN FRANCISCO-Convention facility, Moscone Center, will begin the first phase of the two-year $55-million renovation project next month. Construction and cosmetic improvement work will be timetabled to avoid any disruption to the facility, according to Jones Lang LaSalle, which was recently awarded project management responsibilities for the renovation.

Built in 1981 and expanded in 1991 and again in 2003, the 20-acre Moscone Center convention complex consists of three main buildings—Moscone North, South and West—totaling more than two million square feet and offering 740,000 square feet of meeting and exhibition space. The renovation is being funded through a unique public-private partnership between the City of San Francisco and the San Francisco Tourism Improvement District Management Corp., a privately-funded group formed by local hotels specifically to make improvements to the Moscone Center and to promote tourism in San Francisco. The city is providing $35 million toward the total cost of renovations with the SFTID generating an additional $20 million through a self-assessment of San Francisco hotels. 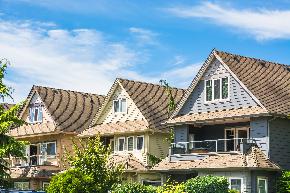