It Is Still A long Slog

US real estate will be a good loing term investment

It has become evident that we are in for a very long slog no matter who is president and that there will be more shocks to the world economy for possibly several more years. Europe is nowhere near solving its problems and it now seems they are willing to kick the can further to avoid the real pain, and just let Draghi save the day for the politicians with his bond buying program. It could easily be 5 to 10 more years until Europe is really back on a sustainable growth track, and even then the monetization of the problems at the ECB will be very hard to unwind in an orderly way.

China has been having more trouble hiding the substantial problems hidden away in its banks. Not only do they hold many underwater real estate loans, but it now turns out that a substantial number of loans to borrowers in the commodities business may be fraudulent. On several occasions recently, banks went to seize the collateral on defaulted loans only to find the warehouses empty or not even existing. With the world economy in deep trouble it is clear the export driven Chinese economy will have much slower growth over the next several years, and without exports it raises question as to how much wealth increase there may be to drive the domestic economy. Many Chinese entrepreneurs and even political managers are seeking to get out or at least get their capital out. The major political, social, environmental and lack of freedom issues are taking their toll, and could lead to internal problems in several years. There is also the rapidly growing confrontation with Japan which could get ugly, and the confrontation over oil and other raw materials with the southeast Asian nations. China has always believed any threat to its nearby territory is a war like threat, and there is no way to know how all of this will get resolved. China is no longer the rapidly growing power it had been, and various tensions are likely to increase over the next several years. That will mean more and more capital outflow and it may come here for investment.

“Based on what investors are telling me today, the bid climate is particularly aggressive, putting downward pressure on cap rates.” 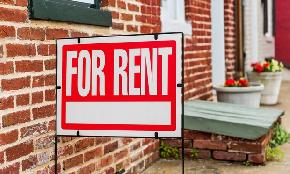 Many Students Are Having Difficulty Navigating a Competitive Housing Market

Nineteen percent say their parents are helping them pay rent this year after they didn’t need help last year.