It’s Time to Bring Back the Swagger

PHOENIX-Jokes about the election aside, it seems the big players in the hotel industry are ready to look forward. Or so opening panels at this year's Lodging Conference indicated.

PHOENIX-Harry Javer, president of the Conference Bureau, probably put it best when he kicked off day two of the Lodging Conference here: “We’re not being outmoded by technology or foreign competition – the hotel industry is very strong. I’m very optimistic and I think it’s going to be a good year.” And his sentiment was echoed by the industry’s top players during the panel, aptly titled, A View From the Top, a welcome change from the “cautious optimism” bandied about for most of this year.

The panelists kicked off the discussion on a high note, focusing on their recent achievements. Highlights included news from Tom Magnusson, CEO of Magnusson Hotels, of major expansions; he discussed the company’s global expansion to Magnusson Worldwide and the company’s move to look for hotels in emerging countries “off the grid” never exposed to travel agent. Additionally, Nancy Johnson, executive vice president development with Carlson Rezidor Hotel Group, was proud to announce her company’s new female CEO. 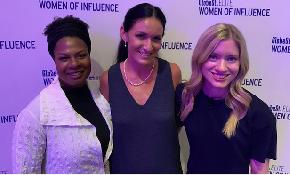 GlobeSt.com and GlobeSt. Real Estate Forum was able to honor this year’s woman of influence in person in Park City, UT, after a record-breaking year of submissions.