My Building is Not ADA Compliant - Do I Need to Make Modifications?

Many older buildings will not be compliant with current ADA and other accessibility requirements. Generally speaking, accessibility improvements will be triggered by alterations to areas where the public has access, subject to certain cost thresholds.

The Americans with Disabilities Act (ADA) is a civil rights law passed in 1990 established protections for people with disabilities. Among other things, the Act required new construction to comply with certain requirements to make the facilities accessible to the disabled, and the removal of barriers to access in existing buildings. This applies even if your building was built before ADA became effective. There is a common misconception that some buildings have been “grandfathered”, and are not required to comply with ADA; but ADA does not protect buildings built before passage of the Act. Buildings built before the Act (ADA) will likely be deficient in meeting those requirements, and since local building departments are not responsible for enforcing ADA requirements, deficiencies are also commonly found in newer buildings.  Property Condition Assessments performed before acquisition of a property  frequently include a screen for compliance with Title III of ADA, though a detailed accessibility survey can provide a more complete picture of compliance with ADA and other accessibility regulations.

When an ADA Survey identifies deficiencies, though, when does an existing building need to be made compliant with ADA or other accessibility requirements?

In addition to areas leased to tenants, building owners are responsible to provide accesses to the property, and an accessible path of travel to areas of the building governed by the Act. The correction of deficiencies is always required when alterations are made to buildings, but the removal of barriers to accessibility that can be accomplished easily, and without much difficulty or expense; e.g. are “readily achievable”, may be required during routine operations. The definition of “readily achievable” may differ for different properties or owners.  Though the specifics of each site will vary, structural changes are not typically considered to be readily achievable, while entry to the building and accessible parking are typically more easily accomplished. When alterations are made to areas of a building where the public has access, or improvements are made to a private space, such as a tenant improvement project, the bar for readily achievable improvements is raised.

The statutes that govern accessibility have language that defines how much must be spent on making the property more accessible as a function of how much the alteration will cost.

The US Department of Justice (DOJ) administers ADA complaints in jurisdictions where the ADA Guidelines have been adopted. Alterations made to provide an accessible path of travel to the altered function area will be deemed disproportionate to the overall alteration when the cost exceeds 20% of the cost of the alteration to the function area.  The owner will be required to spend the entire 20% additional cost to make the Path of Travel. A list of priorities is included in the DOJ Guidelines.

Who Has Final Say on ADA Compliance Modifications?

The final decision on the extent of accessible modifications lies with the Department of Justice.  Local building departments may be able to discuss the difficulties that could arise in providing accessibility compliance, and may enforce accessibility features defined by established building codes, but have no authority to waive the requirements of ADA. In an older high rise building a “stack” of restrooms may have structural columns in some of their walls making an unreasonable hardship to provide the turning radius required. The building department may instead accept two accessible unisex bathrooms in a more feasible location, which would likely represent an acceptable accommodation, but their decision is not binding upon DOJ.

Additional accessibility requirements may apply in different jurisdictions. Many states and some large cities have adopted the International Building Code in lieu of their own building code. The California 2011 Access Compliance Reference Manual gets its technical guidance from Title 24 California Building Code and the DOJ 2010 Standards for Accessible Design gets its guidance from the ADA Accessibility Guide 2004.  The International Building Code 2003 and later editions gets its technical guidance from the American National Standards Institute Standard A117.1-2009 Accessible and Usable Buildings and Facilities.  All three standards have major similarities. The completion of a detailed ADA Survey will include a determination of which requirements apply.

ADA and accessibility compliance requirements can be a little confusing, feel free to give us a call with any questions at 800-419-4923.

The Return to Office Ins & Outs

The right return to office approach not only helps business performance, it also supports talent retention and acquisition. 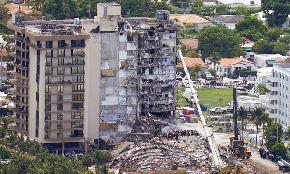