BREA, CA-The sale of 2850 Orbiter St. here represents the first spec industrial building to be developed and sold in Orange County since the market downturn in this weekly wrap-up of deals.

BREA, CA-Western Realco and AEW Capital Management have sold an 83,078-square-foot, class-A industrial building at 2850 Orbiter St. here for $11.1 million to Coyle Reproductions. The deal marks the first spec industrial building to be developed and sold in Orange County since the market downturn. CBRE‘s Sean Ward, Ben Seybold and Keith Greer represented the seller, while the buyer was represented by CBRE’s Brian Cole, Steve Young and Rick McGeagh. Western Realco bought the land for $3.4 million in 2011 for spec development, began construction in August 2012 and completed it in April 2013. Ward represented the firm in the acquisition of the land.

REDLANDS, CA-An affiliate of Foothill Village Property LP has sold 2054-1094 Redlands Blvd., part of Pavilion at Redlands shopping center on 7.9 acres, for $17.7 million in an all-cash transaction. SVP Dennis Zhang with CBRE represented the buyer, a Chinese private investor, who paid all-cash to the seller. The portion of the property that sold includes a 52,924-square-foot Food 4 Less with approximately 20 smaller retailers as well, including Payless Shoe Source, Verizon, GameStop, Little Ceasars, Metro PCS, H&R Block and Supercuts. The property is currently 99% leased. 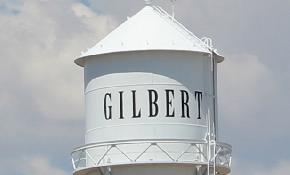