“We spend a lot of time on advocacy, to make sure everyone who’s involved in law and rulemaking to be aware of the issues that are important for developers, that are important for end-users, the customers, and to try to make the process work as well as it can so that New Jersey can win its fair share of corporate residents, to try to address employment, to try to address ratable growth, and to try to address quality-of-life issues,” Seeve tells GlobeSt.com. “We focus on the things that make the experience positive for corporate users, and the things that perhaps need more attention.”

Question:  Among the key issues NAIOP is addressing at the state level is affordable housing. What’s NAIOP’s position there?

Seeve: Affordable housing is actually a very large and complex issue, and it’s been going on for more than 30 years in NJ. If there’s not enough affordable housing, that is an obvious negative for people in our industry. We won’t be able to attract companies, because those companies need to know that their employees can buy homes, rent homes, can live near their factories and offices.

Our issues are much simpler, from the very narrow vantage point of NAIOP. We should not be imposing affordable housing fees on new corporate residents that move to New Jersey. All that does is disincent them from doing so. If you keep jobs out of the state, you’re certainly not advancing the interests of affordable housing. Not only is the job market very competitive, but it’s very hard to attract new companies. It’s extremely hard to attract them to New Jersey for a lot of different reasons. When you add on top what could be an extremely burdensome tax at the inception of a project, you are very likely to have them go elsewhere. And there’s no other state in the states that generally compete with New Jersey for business—Connecticut, New York, Pennsylvania—that imposes this tax.

Question: You also advocate for a permanent, stable, dedicated Transportation Trust Fund. Why is that important to commercial real estate?

Seeve: The most important thing in New Jersey that drives the most business and attracts the most jobs is the port system. We have an amazing most port system, and it’s created an amazing network of distribution centers of office buildings of logistics companies, freight forwarders, e-commerce companies. The goods that come in and out of Port Newark that are distributed throughout New Jersey and then throughout eastern and central part of the company country is amazing, and the roadway system in New Jersey is integral to maintain the viability of the ports.

We have to be able to get goods off the port, we have to be able to move them throughout the state quickly, and to other states quickly. Roadways, just like everything else, don’t last forever. They need to be refreshed and improvements need to be made. Our view is that they are not just significant, but exceptionally important. It’s one of the things New Jersey does best, and that’s an enormous advantage we have over other states in the country.

Watch for the next Q&A in this conversation on September 9.

US Housing Deficit Could Grow Due to Coronavirus

The economic disruption could amplify anxieties about homeownership for millennials. 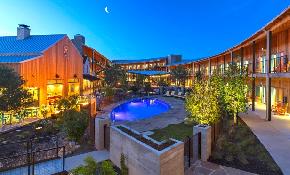