ONTARIO, CA—CT Realty has sold a 386,598-square-foot industrial building at 1671 Champagne Ave. here to PPF Industrial LLC, an affiliate of Morgan Stanley, for $23.8 million. Also, Bericap LLC, a global manufacturer of plastic caps and closures for beverage, food and non-food products, has signed a five-year lease with CT valued at $2.5 million for 120,602 square feet at the Champagne building. Darla Longo, Barbara Emmons and Rebecca Perlmutter from CBRE‘s Ontario, Calif., office represented both parties in the sale of the building. Top Gun Advisors Inc., based in Livonia, MI, represented Bericap in the lease transaction.

IRVINE, CA—Hanley Investment Group has executed the sale of two single-tenant triple-net-leased bank properties for more than $12.5 million. HIG’s managing director William B. Asher and SVP Patrick G. Kent represented the buyer, a private Los Angeles-based investment group, in the purchase of an 8,247-square-foot Wells Fargo Bank in Culver City, CA, for an undisclosed price that represented a cap rate of 4.23%, from Bershon Realty Co. of Los Angeles. Jeremy S. McChesney, a SVP with HIG, represented the seller.Also, HIG’s SVP Jonathan T. Selznick represented the seller, a private investor from Agoura Hills, CA, in the sale of a 4,415-square-foot, triple-net ground lease occupied by a single-tenant Chase Bank at 24799 Alicia Pkwy. in Laguna Hills, CA, for an undisclosed price. The buyer, a private investor, was represented by Art Flores and Brian Cole of CBRE in Newport Beach.

SAN FRANCISCO—New York-based investment firm JSRE Acquisitions has purchased 69 Maiden Lane, a 1920s-era building and the smallest in San Francisco’s Union Square District at 900 square feet, for $4.3 million, or $2,400 per square foot, pushing the per-square-foot price in that neighborhood to nearly a new record. Currently occupied by Bistro 69 Café, the building will be vacated this fall. The new owner plans to market the property aggressively to attract a single luxury retail tenant. Colliers International‘s EVP Tim Maas represented the building’s private investor-owner in the transaction. Maas was joined on the Colliers sales team by EVPs Tony Crossley and Frank Wheeler and VP Erik Hanson, all from the firm’s downtown San Francisco office.

STOCKTON, CA—Orange County-based West Hammer Properties has sold the Hammer & West Pad building, a 7,294-square-foot multi-tenant retail property here, to a private investor from Hillsborough, CA, for $3.7 million. Jeff Conover, senior managing director with Faris Lee Investments, represented both parties in the transaction, and the buyer was also represented by Mirna Gonzales of residential brokerage firm Green Banker. The closing cap rate was 6.57%. The property, whose tenants include Western Dental, AT&T and Pizza Hut, is part of a larger retail center that is anchored by Walgreens.

IRVINE, CA—PRHI, a private management group in Orange County, has purchased MacArthur Medical Center at 1400 Reynolds Ave. here, for an undisclosed price from an undisclosed seller. John Pomer, Ben Gott and Korbin Duley now of Stream Realty Partners represented the buyer. The two-story, approximate 40,000-square-foot, free-standing medical-office building in the Airport area was delivered 70% vacant, of which the majority of vacant space will be occupied by a new tenant in January 2015. Approximately 5,000 square feet of space will be available for lease.

VANCOUVER, WA—Dermody Properties has purchased 6 acres at Northeast 60th Ave. here from a private seller and plans to develop a 98,400-square-foot industrial facility, known as LogistiCenter 205, on the site. LogistiCenter 205 will be the only class-A industrial facility available in the Vancouver/Clark County submarket. Upon completion, the facility will feature 30-ft. clear height, a 130-ft. truck court and ESFR sprinkler systems. Tony Reser, Tom Talbot and Scott Murphy of Kidder Mathews, Portland, will market the property to prospective tenants for Dermody. Mackenzie will serve as the architect for the project, and Perlo Construction of Portland will build the facility.

PALM DESERT, CA—Flooring Innovations has leased 15,800 square feet of freestanding retail space on Highway 111 at Deep Canyon here from CVS/pharmacy. The value of the lease was approximately $2.7 million. Kathleen Howard, EVP with NAI Capital‘s Palm Desert office, represented both parties in the transaction.

SAN DIEGO—Interpreta has signed a 20,314-square-foot, $2-million lease with Legacy Partners for its new corporate headquarters relocation from La Jolla to Torrey Pines at 10578 Science Center Dr. in the Torrey Ridge Science Center here. The tenant was represented by Todd Holley, VP in Voit Real Estate Services‘ San Diego office, while Legacy was represented by Rich Danesi and Ryan Egli of the CBRE Life Sciences Group. The newly renovated, campus-style facility features pharma-quality infrastructure and numerous on-site amenities, including a full-service cafeteria with indoor and outdoor dining, conference and training facilities, a fitness center and walking trails with exercise stations. Interpreta plans to move in the first quarter of 2015.

PASADENA, CA—The Swig Co. has renewed a lease with anchor tenant Bank of the West at 595 East Colorado here. The owner acquired the historic office building in Pasadena’s Playhouse District in October 2011.  Built in 1928 and renovated in the 1950s and again in 2007, the eight-story building was listed on the National Register of Historic Places in 1987.

SAN DIEGO—Marcus & Millichap has appointed Rick Puttkammer regional director of the firm’s national retail group. Puttkammer is based in the firm’s San Diego office, and his appointment is part of the firm’s strategy to enhance its brokerage support and client services. Prior to joining the firm, Puttkammer was SVP at Colliers International in San Diego, where he focused on institutional investment sales in the Western US. Prior to Colliers, he was a SVP at Flocke & Avoyer, and prior to that, a managing director at Cushman & Wakefield (formerly Burnham Real Estate), responsible for managing a 20-person retail team, specializing in shopping-center properties.

PORTLAND, OR—CBRE has appointed Jason Green to lead the firm’s Portland office, where he will oversee the delivery of the firm’s comprehensive services platform to clients in the region. Green is a 20-year commercial real estate veteran who has been with CBRE since 2004. He was most recently a first VP, focusing on office tenant representation. 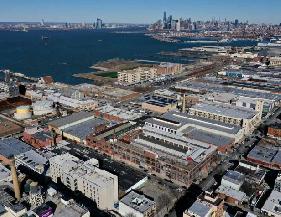 The single-story building is located at 132 54th St. Jones Lang LaSalle has been selected to manage the leasing effort. 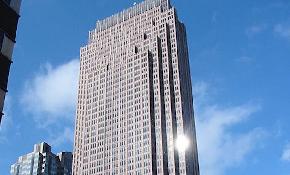 The law firm has signed a lease for space on the 12th floor of the 35-story tower building and expects to take occupancy in April.