NEW YORK CITY—In an increasingly globalized world and as more people travel, hotel security issues have become paramount. Security measures and the liability that can result of a security failure is something that not only hotel management needs to worry about, but also owners, investors and insurers alike.

Those were some of the points Thomas Ferguson, practice leader, Casualty Risk Consulting of AIG Property Casualty—a GlobeSt.com Thought Leader—stressed in a special video interview.

Up until a few decades ago, hotel security issues were not a focal point in the industry, explains Ferguson. It was the 1974 assault of singer Connie Francis in her hotel room—after which she successfully sued the hotel chain for failing to provide adequate security—that put the issue on the radar screen and led to a reform in hotel security.

“This is one of the most global industries that caters to the public, and guests come into hotels expecting a certain level of care and security,” he tells editor-in-chief Sule Aygoren.

During the interview, Ferguson also brought up the following points:

At the end of the day, though, it’s all about people. At the heart of any security measure is the training and trust levels of the people who staff the hotel.

If you’d like to learn more about hotel security liability after viewing this video, you can view AIG’s webinar, Current Trends in Hotel Security, and download their white paper with Advisen, “A Survey of the Current State of Hotel Security.” 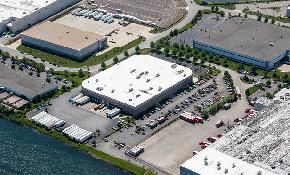 JLL has closed the sale of a 100% leased, three-property cold storage portfolio, sold by Investcorp.