Office Design: Part of Something Special

DENVER—Attracting and retaining good employees and enabling them to be productive is the name of the game in office design, NAIOP's Molly Ryan Carson tells GlobeSt.com in this EXCLUSIVE Development '14 preview.

DENVER—Attracting and retaining good employees and enabling them to be productive is the name of the game in office design, Molly Ryan Carson tells GlobeSt.com exclusively. We spoke with Carson, who is VP of development for Ryan Cos. US Inc., prior to Development ’14 here next week about the conference’s interiors competition, the succession-planning session during which she’ll be speaking and the new goals of office design.

GlobeSt.com: Tell us about the interiors competition at Development ’14.

Carson: I’m chairing the design competition committee this year. Each year, what we try and do with NAIOP is very education based, but we bring a contest with meaningful content to our members at the conference. We’ve done industrial and office in the past, and this year we’ve seen in the market the desire to really modify from a Millennial standpoint—everything from attracting to efficiency. Interiors of office buildings have changed substantially. What will we see in the future? The challenge is for designing members and non-members, and this is pretty much on the forefront right now.

We had a number of really good, qualified responses, and you will not see one clear winner. We’re going to look at a number of options that we picked out. We’ve had a healthy debate with our members, talking to these design teams, and it’s the results will be interactive—we’re asking the audience to vote.

There are a lot of ways to do an interior space. Closed-door offices aren’t a thing of the past, but are reduced greatly only from a necessity standpoint. There are breakout rooms, and offices are a lot more fun. People want to feel like they’re part of something special.

We just completed a building for GoDaddy that’s on the really fun side. It has a full-service kitchen, full bars, push-pedal racecars and rock-climbing walls. It’s meant to invigorate the people within the workspace: work hard/play hard. The management says, “I want people in the office, not working from home. I want them thinking and playing and laughing together.” Every firm from GoDaddy to Amcorp, which is 30 years solid, has breakout areas. They’re using far more open layouts and coffee gathering places of from two to six people in addition to the large board meetings. These chance interactions with co-workers are huge. Sustainability is also huge, and it doesn’t necessarily mean a LEED plaque, but adaptive re-use, creative conservation, environmentally friendly and –conscious. LEED is spectacular, but that is just one of the core elements.

GlobeSt.com: What do you think those entered in this competition are striving to achieve in their interior design?

Carson: It’s about attracting and retaining good employees and having them be productive—the balance between wanting to be here and creating a culture. If you put a slide in the office, will your people work harder? No, but you’re using the space to define who you are a little more. It’s about belonging to something cool and not just being a number. It’s also about creating a sense of place, and that ties in with the company’s overall productivity and overall enjoyment. You don’t have employees staying for 40 years anymore.

GlobeSt.com: What will you be discussing at the success-planning session? Why is this topic relevant?

Carson: Baby Boomers are thinking about retiring, and the next generation is being groomed. A lot of companies are dealing with succession right not—not just at the CEO level, but at the VP level. Yet they’re holding off from succession planning because the president doesn’t want to think he’s getting old and might be retiring. But you have to dig your well before you’re thirsty and have that plan for succession. It’s not talked about a great deal, but when we started talking to potential panelists about it, they said, “We’re really behind on this and haven’t thought about it at all. We’re not doing this very well.” It’s something every company needs to face, and if you do it well, you can knock it out of the park. If not—look at Chevy and Ford. You can’t let the leader be the company.

I am fourth generation from our family home business. It adds a different element, but there are also a lot of similarities between public and private companies. Are you training your people? Are the successor and successee aligned? And if not, how can you make that happen? Understanding the underlying and overarching goals for the company and the family and going into succession with that—that’s how you succeed. We’ve had a lot of frank conversations, and I’m excited—that panel is going to be fantastic. It’s important to think about what your five-year plan is and how you can make sure Joe Smith shares his knowledge with Suzy when that comes up.

What Employees Need When Working From Home

Employees are productive while working at home, but they do struggle with the absence of coworker interaction and “sub-optimal work environments.” 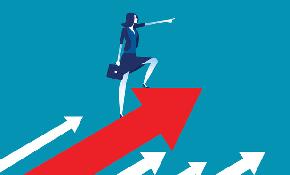